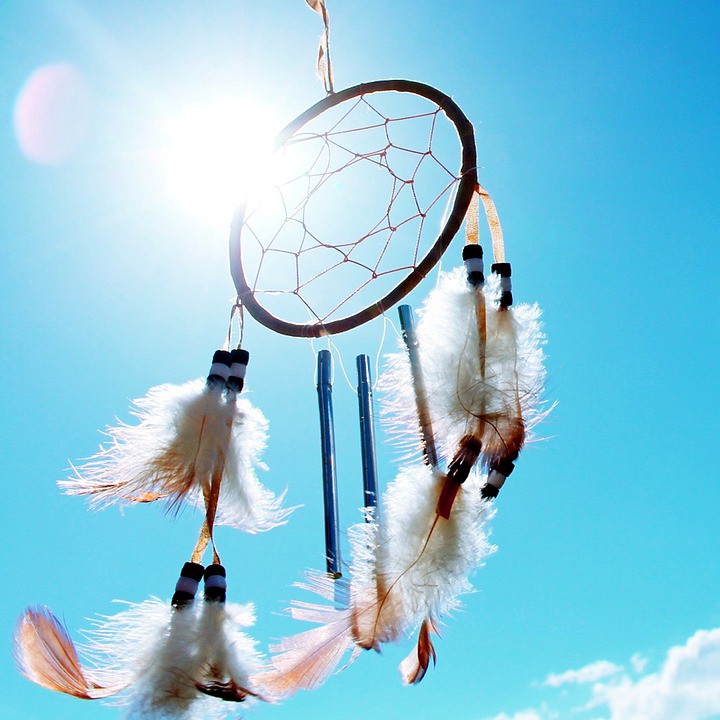 What happens when you turn a thief into a recipient of a gift? Radical innocence, radical generosity, radical kindness.

When I was just getting started as a psychotherapist, I rented a room in a shared office space in Park Slope, Brooklyn. It was on the ground floor of a charming brownstone. You walked down three shallow steps and opened a wrought iron gate to enter.

The waiting room was filled with exotic statuettes from around the world. Ancient wisdom was tangible in the form of stone Buddhas, dream catchers, tapestries, and paintings of Kali stomping out the ego. To enter this office was to encounter archetypal heroes, divine deities, and the promise of personal growth.

On top of a chest that evoked imperial elephants, was the obligatory box of tissues and a collection of keys. These keys were moved about by the nervous fingers of anxious clients until they formed beautiful sculptures.

Every day, when I entered the office, I noticed new arrangements. It was so touching and inspiring to see people expressing themselves in anonymous art creations. After I had been working there for several months, I noticed there were less keys on the chest. I asked my landlord (who was also a therapist working in the suite) if he noticed some of the keys were gone.

“Yes,” he said calmly. “Someone must have needed them.”

If only I could convey to you the profound kindness in his voice! Not for a moment did he feel ripped off, offended, taken advantage of, or personally insulted. They were his keys before he placed them on that table, but he stopped owning them once they were there.

He didn’t know when he spilled his key collection onto the chest that clients would play with them. Guided by a creative impulse, it just seemed like a good idea. Keys are so evocative. So he followed his intuition and displayed them artfully, initiating the first tabletop sculpture.

Unexpectedly, clients rearranged the keys. Ahead of its time, people participated in an ongoing group art series. Powerfully healing and a beautiful form of communication moving from deep within the unconscious to rest on the welcoming worn finish of the ancient chest.

Therapists get a bum rap. We’re made fun of in the movies, in sitcoms, at parties, in everyday conversation. But the truth is, a psychotherapist who has done the work is one of the noblest people in the world.
Psychotherapists heal wounded egos. We usually become a therapist because we needed therapy. When the therapy works, we lose interest in our egos. We embody the truth that self-interest is, ultimately, not gratifying. Selflessness becomes the new normal. We are not saints. We just routinely see the best in people and give them the benefit of the doubt. Like this guy, who is not formally a psychotherapist, but he does a great impression of one:

For instance, thieves become the recipients of gifts. Most people steal because nothing else has worked. They are starving and desperate. Hurting clients are metaphorically hungry. They slip a touchstone into their pockets to have some hope to hold onto until they return the next week. Seeing them as deserving recipients of emotional food starts to build up reserves of innocence and love in them. They were hungry, and they were welcome to eat. Not guilty. No blame, no shame. Instead, understanding, empathy, generosity, healing.

The kind man from whom I rented office space in Brooklyn was one of the best supervisors I ever had, though that was not our official relationship. He taught me by example. His demonstration of empathy and faith in people’s goodness confirmed what I felt in my heart as a budding clinician.

His office door was open, literally. You walked down three steps and it stood ajar, a welcoming invitation to sensitive souls in need of understanding. Though I was beginning my private practice, I still identified strongly with being a client. And he showed me what a greater trust, a larger generosity, a guilt-free, non-judgmental, unconditional love, looks like. They don’t teach you that in school.
My training was necessary. It stood me in good stead. But it’s what you learn when you’re in the trenches that forges the best of the best. It astounds me to realize that I don’t even remember his name. But what he taught me through his kind example is unforgettable. So, I say thank you to him for being a living demonstration of great qualities. And I invite you to join me in seeing the best in yourself and others … and giving everyone the benefit of the doubt.

I Have A Reputation For Making People Cry