I grew up in New York, which has always had a homeless population — a term most people use with a mixture of pity, disgust, fear, and guilt.

The homeless, who proved to be earth angels for me, are woven into the fabric of my life.

As a young girl, my heart felt torn by the roots the first time my dad pointed out a “bum” and told me to steer clear of folks like him.

As a young adult, every day on my way to work, I passed homeless people, many of whom I did not even see at first, because they were hidden in plain sight.

They learned to make themselves invisible by blending into the background.

Some homeless people were mentally ill, some were HIV positive, some were out of work, some actually chose a life on the street rather than the appalling conditions of shelters.

Some had kittens, some had dogs, some owned a grocery cart overflowing with neatly bound bundles of stuff. Some hallucinated and shadow boxed. Some drank and sat in their own excrement.

Many slept under cardboard boxes which made them invisible in broad daylight. Some smiled, some lashed out, some were dead silent and hid behind their sign. They all had the obligatory “begging cup.”

I got to know certain “regulars” —folks who would usually be planted in a particular spot. For the most part, all they required was, “Good morning!,”
a splash of change in their coffee cup, and a smile. If they disappeared from their appointed spot, I would feel uneasy, concerned about them.

But more often, I felt guilty, and sometimes afraid, when I was around them, even if I gave money. I didn’t want to feel that way — and I was longing to let the fear and guilt evaporate. I just didn’t know how.

It was a time in my life when I felt so lonely and bereft, even though I had family and friends, that I didn’t understand what was going on with me. Every day when I went to work, it was like walking into a black hole. The air touching my skin actually hurt. I was deeply ashamed because I believed my pain was selfish.

I believed I wasn’t entitled to feel this anxious and depressed when my modest middle class life (I lived in a basement apartment) was so privileged and cushy compared to most of the world. The shame was crippling, and kept me in hiding, too afraid to confide in anyone or seek help.

Until, one day, a healthy anger lit a fire inside me when a well-dressed businessman standing next to me, and a beggar, on a street corner, said aloud,

“If I gave a dollar to every homeless person in this city, I’d go broke!”

That remark, so self-centered and unfeeling, struck a match within me. I decided to prove him wrong.

Though I was raised to pinch pennies, and no one had ever taught me the joy of tithing, some universal Truth about “giving is receiving” was ignited in my heart. I was 21-years-old and not earning much money as an editorial assistant at an obscure publishing house, but each day after that, a dollar moved from my purse into every coffee cup I encountered.

It turned out that it was quite affordable to give to all — including street musicians. Every. Single. Day.

What happened next was totally unexpected. My homeless compadres seemed to recognize me. They were gentle and gracious and made me feel valued. At first, their expressions of gratitude embarrassed me, but soon I realized it would do me good to accept their appreciation. As I relaxed and accepted their “thank yous” and “God bless yous” Love started to flow freely between us. In fact, homeless people blessed me on a regular basis.

Their smiles and blessings nurtured me and gave me a feeling of community at a time in my life when I felt invisible, alienated and homeless in my heart.

The connection with people who literally didn’t have a roof over their heads, who were rejected by affluent society, wrenched at my heartstrings. And something about me pulled theirs. I saw them, and they saw me. Soul to soul. Heart to heart. They were attuned to a pain in me that I couldn’t explain to anyone, not even myself. And their empathy was healing me.

All for a dollar!

After a year, something in me shifted. The next time I was faced with the second coffee cup of the day, out of my mouth popped, “I gave today.” I was met with a big smile and, “Bless you.” No hard feelings.

This homeless person seemed to understand that I, too, had needs. Astonishing.

I was raised without religion. Thank God, spiritual Messages don’t need institutions to be communicated. I recognized this one when it came through: Do what you can, and everyOne will be okay. Love each other and don’t worry about rescuing each other. There’s a Higher Power working behind the scenes.

My wallet now opened only once a day … guilt-free.

Guilt-free is an empowered state. It does not mean unfeeling or without-a-conscience. Guilt-free is an innocent heart, full of generosity and humility, willing to be spiritually guided, and confident that Spirit lives within us all. Service becomes a way of life — but it is full of surprises when I do not decide how service should be, but allow Service to move me.

This led to a profound shift, which will be understood by those of you ready to receive it. The next time the cup was proffered, I cheerfully, yet kindly said, “No, thank you.”

WHAT A MOMENT THAT WAS!

No one was more surprised than me, when those words popped out of my mouth. “No, thank you”????

What did this even mean?

The homeless person asked me for money, and I said, “No, thank you,” … meaning they were offering me a service, and I was refusing it because I didn’t need it at this time. The homeless were my earth angels, healing me, and for now, this form of healing had come to completion.

My first encounters with the homeless had been fearful and guilty. As I practiced seeing Love in all my brothers I opened up to an empowering humility and generosity. I came to feel the mighty power of the kindness of strangers. The world became a safer place when I was willing to trust my heart, my intuition, and discovered an Inner Spiritual Guidance.

The more I approached people on the streets of New York who needed a smile, a buck, and to be treated like an equal, with an open heart and Spirit at my back, what a mutually beneficial relationship that was!

What freedom to feel so INNOCENT. How liberating to now know that the homeless person had a Higher Power and Inner Guidance, just as I did, just as everyOne does, including you. I didn’t have to play God anymore.
I didn’t have to save the world, I just needed to Love and Be Loved.

Rarely have I uttered sweeter words than, “No, thank you!”

P.S. For more insight into homelessness in NYC, watch the beautiful movie Time Out of Mind. 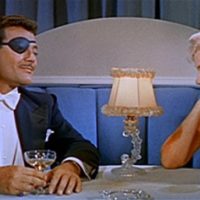 It’s Irresponsible NOT To Be A Millionaire 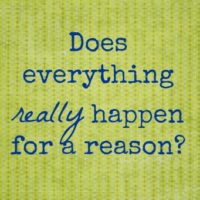 Everything Happens for a Reason … Or Does It? 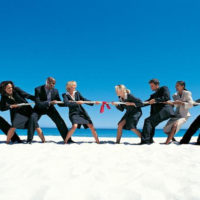 Anger Without Hostility – How to Fight Fair 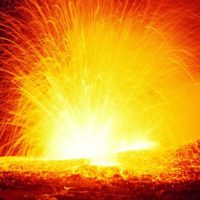 The Energy of Healthy Anger – Fire! 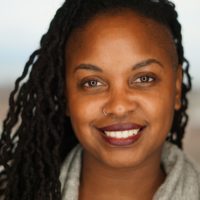 Are You Getting In Your Own Way? 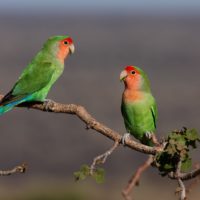