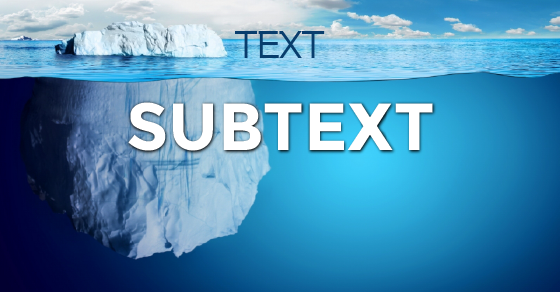 Yesterday, I suggested you ask yourself what messages your anger holds for you. And I promised to share more about how to go beneath the facade and uncover your subtext. What you find there will unravel your anger and reveal more vulnerable emotions.

Your feelings during this process may be very powerful, like water breaking through a dam. Just watch the video below and you’ll see why most people are afraid to explore their subtexts. Ego says that will lead to catastrophe. But Spirit says it will lead to Liberation.

One path to Liberation is to move through all your emotions, rather than avoiding them or indulging them. In doing so, you discover that feelings are not facts; feelings are e-motion and, by definition, energy-in-motion moves. Even if it seems like your feelings are stagnant, such as in a depression, trust me, they do change. Delving into the subtext, the stew below the surface, is the secret door to Peace.

Let’s call the surface layer of your life, the face you show the world, your facade. Your facade is the dam which holds your feelings in check. It serves a practical purpose but when taken to extremes it can destroy you either by numbing you, or by overwhelming you when control becomes impossible and you have damaging outbursts or impulses. Ego directs us to implode or explode. Emotional maturity is actually the ability to receive and anchor yourself in spiritual guidance which provides peaceful Presence of Mind.

The surface layer is that which is overt — we could also call it the text of your life, the top layer stream of information. It’s a partial view, and it’s a legitimate part of you, but it’s not the whole story.

Here’s an example, from my life, of how text and subtext work. Both are ego scripts and both can be used by the Holy Spirit for undoing the ego mind.

Rewind 25 years for a glimpse into the ego mind of Amy at that time …
​​​​​​​A voice in my head kept arguing for my marriage. It was very persuasive. It said:

Text: “You’ll never find anyone like him again. He’s so artistic, intelligent, unique, sexy.”
Subtext: You’re lucky someone loves you and no one you’re attracted to will ever love you again.
Actual situation: He had lost all interest in having sex with me, was distant, aloof, superior, and disinterested in most people and things I found valuable and appealing.

Text: “If you break up with him, how will you make it on your own?”
Subtext: You are inadequate to the task of life.
Actual Situation: I was conscientiously working a full time job and was also the family bookkeeper, making sure all our bills were paid on time, especially the mortgage on our beautiful little coop apartment on the Upper West Side of Manhattan. He was working in isolation, at home, on a video project that was shrouded in mystery. All his attention was wrapped up in this project and his fears of failure, along with his rejection of any help.

Text: “Give him time. He’ll come around.”
Subtext: You’re too demanding.
Actual Situation: I was asking for nothing more than emotional connection and healthy partnership.

Ego: “Other people have it far worse than me. He’s not so bad.”
Subtext: If you have needs, people won’t love you. Be grateful for what you’ve got.
Actual Situation: He was staying up all night, not coming to bed anymore, barely meeting his half of the bills, was emotionally distant, avoidant and mercurial, disliked my family and friends, and was starting to scare me with some of his behavior.

Ego: “Your biological clock is ticking. If you leave him, you won’t get to have a child.”
Subtext: Life is passing you by and you need someone more fabulous than you to catch it by the tail so you can get a piece.
Actual Situation: I was in my middle to late 30s and the sooner I left the marriage, the more time I still had to find a compatible partner and make babies. Or adopt. Or foster parent. Or become a school teacher. Or any of countless other ways to interact with children. But my insecurity was so great that I continued to stay in the emotional wasteland of our “relationship.” It took me almost 10 years to leave the marriage.

Can you see how helpful it would have been for me if I had been able to utilize my anger? Anger could have energized me and propelled me out of the situation sooner. Healthy anger would have served as a catalyst. Unfortunately, in those days, when I felt anger, I quickly moved into self-doubt, and that extinguished my fire energy faster than a dam break. But let me not get ahead of myself … we can talk about fire energy tomorrow.

At some point, two books, Too Good to Leave, Too Bad to Stay by Mira Kirshenbaum and The Verbally Abusive Relationship by Patricia Evans, crossed my path, and I started to see my own subtext. This process was full of shame, pain, and eventually, insights, epiphanies and revelations!

Coming from a dysfunctional family with an unspoken pact not to acknowledge the pain, this was a huge discovery process for me. Along with breaking unconscious loyalty oaths and family taboos, I also had to face that although my role in my family of origin, and then in my marriage, was to be the strong rock, underneath I felt weak and inadequate.

Then I had to let myself feel weak and inadequate … which led to a breakdown (I couldn’t work for a while due to emotional pain finally crashing through the protective dam that had held it back; I was left emotionally raw and depleted for over a year) … which then led to a series of breakthroughs (miracles) which continue to this day.

Most people will do anything to avoid feeling weak, inadequate, and going through any kind of breakdown that endangers their ability to function, earn income, provide for themselves and their loved ones. But breakdowns can lead to breakthroughs. In my case, very successfully. And subsequently I became a psychotherapist and deliberately structured safe breakdowns that paced people, allowing them to fall apart in small doses, so they could remain functional in their daily responsibilities.

Miracles are stashed in your subtexts. The subtext of your life is subterranean — it is the hidden or less obvious meaning beneath the text. In order to redeem miracles, you must look at what the ego made, with the Holy Spirit (not the ego) as your Witness.

No one can escape from illusions unless he looks at them,
for not looking is the way they are protected. …
We will undo this error quietly together,
and then look beyond it to truth.
~ACIM, T-11.V.1 and 6

A Course in Miracles appeals to me because it pulls back the curtain on how the ego thinks and functions. My Gestalt psychotherapy training was great, but it didn’t tell me the ego doesn’t have the answers. It was ACIM that provided clear spiritual guidance, and, in my case, communication skills (including fair fighting) and other forms of emotional intelligence that became a crucial part of my awakening path.

Ultimately, ACIM helps us uncover and undo the deepest subtext hidden in the collective ego mind (the belief in separation from God which ACIM calls “sin”), but we begin with the personal ego mind (facing fear productively) — and fair fighting principles do that.

The ego subtext is sin, guilt and fear posing as selflessness, innocence, and love. In order for the Holy Spirit to do Her job, each of us must individually choose to look at what the ego made. Our stories will be different. Form always varies. But the theme within the stories inevitably boils down to sin, guilt and fear.

Remember, subtext underlies the surface. It is subtle and remains hidden only because you won’t look and admit what is there. Subtext is in your subconscious, and tangles you up in self-deception. In my experience, I had to move in and out of the teachings of A Course in Miracles, pacing myself. When fear was too great, other tools were given me, such as fair fighting guidelines, and self-help books. Then, when I was fortified, my appetite for the Course would return and my Understanding increased.

Do you relate to any of this? Email miracles@amytorresacim.com let me know. 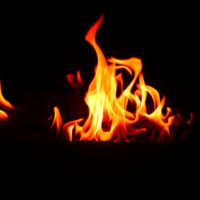 The Challenge of Physical Pain and Disability 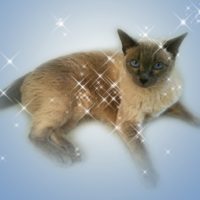 A Catty Conversation About Death